Going down on the phenomenon 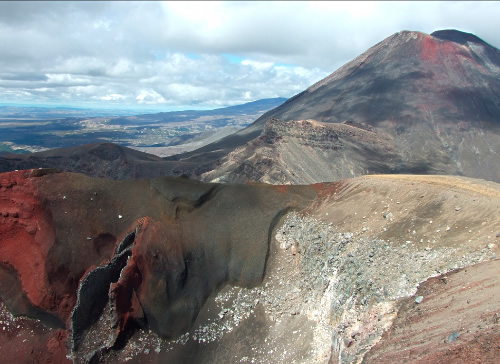 [I wrote the following in 1992, while I was working on “How To Think Real Good.” I hope its relevance to that project is obvious.]

Francis Bacon, the ideological founder of modern science, constructed an extensive and explicit analogy between science and rape. Nature is a woman whom the boldly masculine scientist forces to yield her secrets by sexual domination.

Keller suggests that alternative sexual metaphors are possible. We can not only deconstruct but supplant the Baconian system. Her contribution is the notion of “wet data.” She suggests that the term “hard data” has an obvious underlying sexual sense. Hard data are worshiped by many scientists. As hard as possible: you want to force out of the instrument every decimal place you can get. More interesting, she thinks, are wet data: ones that may be preliminary but lead in intriguing, if perhaps still ambiguous, directions.

I’ve been thinking for a long time about how to describe the way I think research is best done. I’ve taken inspiration from the Hermetic natural philosophers, who like their contemporaries Bacon and Descartes conceived of science sexually, but as ecstatic union rather than as rape.

To do good work, one must get up-close and personal with the phenomenon. Scientists sometimes talk about “not wanting to get their hands dirty” and about the distasteful necessity of doing so. I would rather say: you have to be willing to get your face wet. The revulsion some scientists have for getting too close to the subject matter does seem parallel to the revulsion some people have for going down. Of course in both cases unless you are seriously hung up you are liable to find, when you try it, that you like it.

Not getting too close to the phenomenon is often justified in terms of “objectivity.” The supposed value of objectivity is that one’s personal prejudices are eliminated. I have not observed this to be the case in practice; and in any case, I believe it is undesirable (as well as impossible) to eliminate the personal from research. I suggest, rather, that one must do research with respect for both the phenomenon and oneself. One must be willing to approach the phenomenon it on its own terms, and one must also honor one’s personal and quirky way of working. Neither of these is encouraged by contemporary scientific ideology.

To give good head you must not lean too heavily on what you already know. Every woman is different, and different each time. An attitude of “I’m going to make you come because I have great technique” is very similar to “I’m going to make this experiment work because I am so brilliant,” and neither works well. This setting aside of one’s existing skills and knowledge and hopes and fears is parallel to objectivity, but distinct. The aim is not to distance oneself from the phenomenon, nor from oneself.

Beyond respect, one must care about the phenomenon. It seems to me that most academic intellectuals I talk to do not genuinely care about their subject matter. They are more interested in getting papers out of it than they are in learning about it. Analogously, many people in approaching sex are more interested in getting something out of someone than they are in learning about another person (and themselves).

A research program typically starts out well, with some exciting preliminary and superficial explorations; and cunnilingus often starts with a relatively brief phase of gentle touching that seems very exciting at first. But then you settle down to serious licking, and this phase is usually frustrating. Often for a long time it seems as though nothing much is going to happen. Your neck hurts and your tongue aches and you wonder if you are ever going to get anywhere. Research is mostly like this. You keep working away at it and you get nowhere, even though you are pretty sure you are doing the right thing. The key thing here is to be attentive to the feedback you are getting from the subject matter. If you keep on mechanically doing the same thing, following recognized procedures, you may get a publication but you won’t learn anything. You have to interpret subtle shifts in the subject matter as telling you what to do differently. (Keller, writing about Barbara McClintock’s work on maize transposons, terms this “a feeling for the organism.” It’s the same whether the organism is an ear of corn or another person.)

Presently there comes a point at which you realize you are definitely onto something. Often you can’t tell quite where your investigations are taking you, but you get a strong sense that the subject matter is going somewhere. Pieces of a story start to emerge; while the shape of the eventual discovery is as yet unclear, you are confident that it is on its way. Similarly, there is usually a distinct point at which her breathing or muscle tension changes to tell you that yes, she’s going to come. It’s not clear yet when or what it will be like, but it’s on its way. At this point, with a sense of excitement, you renew your commitment to the task. It can still happen that, frustratingly, you never get anywhere, but the signal itself is still clear: something real was happening, and if you return to that point on another occasion, as one often returns to a half-written paper a couple years later, you will be given another chance.

Finally there is that exhilarating moment when the subject matter grabs your head by the legs and pulls you along on a wild ride. This can be frightening and uncomfortable, but you have to go with it, not try to control it, let the subject matter take over. The myth of the sober scientist is hooey; if discovery is not intoxicating, you are doing something very wrong. Very suddenly the project you have been working on for months takes off: you have a rush of discoveries that lead in unexpected directions, all the pieces fall into place, the shape of the whole becomes apparent. Hard work is rewarded.